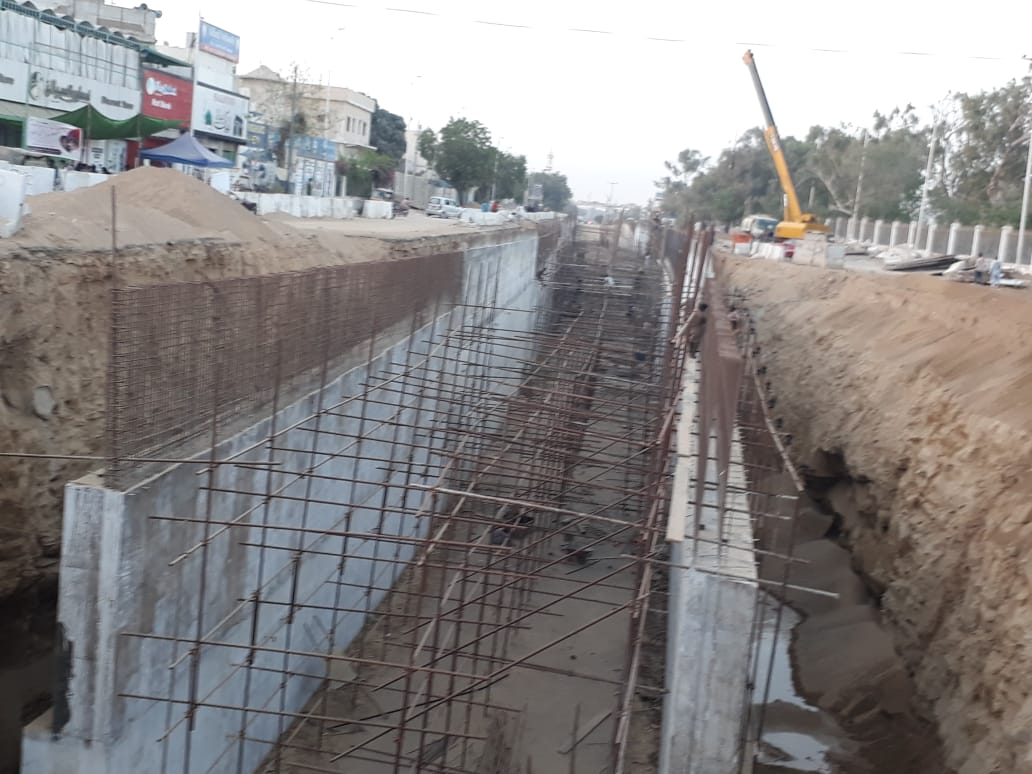 KARACHI: The ongoing construction of the underpass at Numaish Chowrangi is one of the most important phases of the Green Line Bus Rapid Transport System (BRTS) in Karachi. To the relief of motorists, the roofing work of the underpass has been expedited because of which the road extending from Britto Road to Shahrah-e-Quaideen will be opened for pedestrians from mid-Ramazan, The Express Tribune has learned.

Due to the ongoing construction of the underpass, however, authorities are currently considering a change in the route for the central procession that's customarily held to commemorate Youm-e-Ali on the 21st of Ramazan.

(No) value for money: Sindh govt colleges got Rs150m over budget

Talking to The Express Tribune, the Chief Finance Officer of the Karachi Infrastructure Development Company Limited (KIDCL) Zubair Channa explained that apart from the expedited roofing work of the underpass, the filling of dug up roadsides around Mazar-e-Quaid is also underway and Efforts are being made to make the road usable for the Youm-e-Ali procession.

Members from the managing committee of the Youm-e-Ali procession, along with other officials, recently attended a meeting chaired by Karachi Commissioner Iftikhar Shalwani. During the meeting, the KIDCL briefed the attendees with the progress of the development work currently under way at the Numaish Chowrangi, adding that major roofing work of the underpass has been completed and the entire underpass will also be constructed soon.

Shedding light on the meeting's outcome, Shalwani informed The Express Tribune that the route plan for the procession is being finalized after consulting all parties, adding that further details of the route can be sought from Deputy Commissioner Ali Ahmed Siddiqui. Despite repeated calls, however, Siddiqui could not be reached for comment.

The manager of the Youm-e-Ali procession Syed Shabbar Raza said that the procession has been following the same route since 1961, therefore, it is inconvenient to change it all of a sudden.

"Instead of altering the designated route, the BRT administration should speed up the development work, particularly in front of the KGA ground," said Raza. "The procession will pass through the old route even if 80% of the work is completed before the 21st of Ramazan. However, if they are unable to speed up the work, we will have to follow the proposed route."

Raza also mentioned that during the meeting, the officials assured the procession committee that they would try their best to speed up the construction work so that the procession can pass through its conventional route.

Numaish Chowrangi is the busiest intersection of the city and all traffic flowing to Saddar, Tower and II Chundrigar Road passes through it. Moreover, the intersection has around 10 interlinked routes, including two smaller streets and three important thoroughfares, and per an estimate, around 150,000 vehicles pass through it every day.

Owing to the ongoing construction, however, the flow of traffic has been severely disrupted, causing vehicles to take alternative routes and experience frequent traffic jams. As a result, frustrated motorists demand the administration to complete the development work on Numaish Chowrangi at the earliest.

It is not only motorists who are experiencing inconvenience but many businesses, especially shops located near Numaish, have been severely affected.

People living in the vicinity also complain about the pollution caused by construction rubble which causes breathing problems to many.

Under the supervision of the federal government, the development work of the underpass on Numaish Chowrangi is under way for the past six months and, so far, only 40% of work has been completed.

According to the KIDCL engineers, the development work of the underpass had to be slowed down due to the relocation of water and several other utility lines. They added that since utility lines have now been repositioned, construction is expeditiously underway. Similarly, Phase I-B of the Green Line Bus project, extending from Numaish Chowrangi to Taj Medical Complex, has been hit by delays for the past two-and-a-half years.

The development work on Numaish Chowrangi also experienced unnecessary delays several times due to poor planning and mismanagement. An elevated structure, for instance, was to be erected per the federal government's original planning but the Mazar-e-Quaid Management Board raised objections because of which a change had to be incorporated in the design of the underpass.

Similarly, the Sindh government submitted an objection, stating that the underpass will create an obstruction for the red line of the Bus Rapid Transit, together with several other lines which will pass through it. As a result, the work on the underpass remained suspended for several months.

On the Sindh government's request, another change in the design had to be integrated into the plan which wasted another eight months. Finally, the work was resumed in October 2018.
<?